I have been in London a lot lately so haven’t had a lot of time to enjoy Belleau, hence the lack of blog action, but it does mean that I have had a lot of time to consider support and foundations, what with the fact that the hole in my garden has now given birth to a proper looking building and that I’ve had to spend a lot of time listening to the needs of the not so needy. 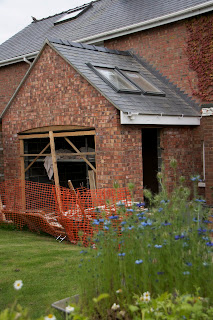 Tenuous as the connection is, I thought it was a good opportunity to talk about my own family and how life’s experience builds ones observations, understanding and outlook.
I come from a large family, two elder brothers and two older sisters, with me being the youngest by quite a large margin.  I’m actually closer to my nieces and nephews ages than my siblings, but I think this age gap is due to circumstance rather than planning.
I never had the privilege to meet Margaret and Gary, but saying that the rest of the family only had a fleeting pleasure. Everyone said Margaret was a beautiful baby, but fate gave her only a short time to make her mark, mums scream the only fanfare to signal her short life as she died in her arms.
Gary, a fine fellow by all accounts, had only a year or two himself, the Dr’s never seeming to have the skill or patience to instil hope, telling mum not to get too attached as he wouldn’t survive.
He had downs syndrome, a very scientific description of a life, though better than some of the alternatives I’ve heard. He also had complications, chest bones knotted into a restricting clot.
The Dr’s had said he wouldn’t walk or talk, but mum never gave up hope. She taught him to mouth words by placing her lips over his and managed to get him to stand on his spindly little legs, small victories and an emotional high-risk strategy, as even though his death was foretold the loss stayed with her all her life.
Eerily only one photograph of the many they took of Gary turned out, one of mum proudly holding him up in the background of a wedding shot, a picture that has always haunted me a little.
I guess I owe my life to him in some ways 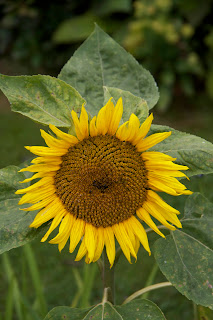 Posted by The Viking at 18:19
Email ThisBlogThis!Share to TwitterShare to FacebookShare to Pinterest