With all this unusually warm weather, it is easy to forget that it was only six months ago that Holly and I spent a week snowed in at the cottage. Dom has requested that I post my crazed ramblings from the ordeal that I had previously featured on facebook. Normal blog service will resume tomorrow.... 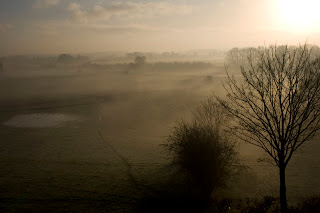 Day 1. The weather continues to imprison me; the perpetual cold is almost a comfort to the intense hunger, every time my frozen stare falls on Holly she turns into a cartoon roast chicken, though as a veggie I'm not sure why she's not a Quorn roast. Maybe it's time to venture out, If only I was brave enough, I'd get off my lazy bum and go to the kitchen and make a sandwich. 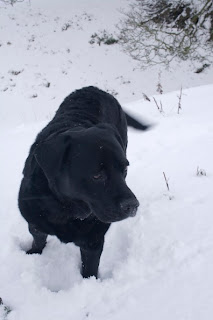 Day 2: The weather has taken a turn for the worse and I fear this freezing isolation may be starting to get to me. I've taken to dressing up Holly as historical intellectual figures, Shakespeare, Marx, Einstein, Dodd, just for someone to talk to. She's bearing up well though it was a bit touch and go when she scuffled with herself over Einstein accusing Doddy of stealing his look. 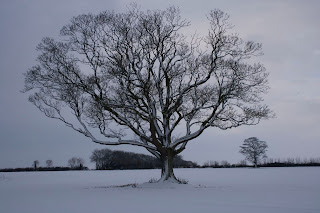 Day 2.  Night falls, the screech of the wind sends shivers through my bones, no links to the outside world, well apart from the iphone, computer, telly, radio and PS3, but still the loneliness envelops me. Holly’s bickering personalities means no one is talking and there is madness in the air, but on the bright side it is the pub quiz tomorrow and she could be very useful. 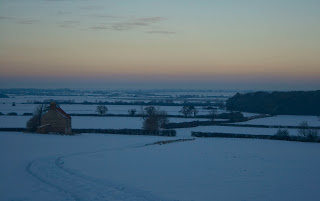 Day 3. More snow has fallen over night, the whole world seams to be blue grey; it is difficult to see where the sky begins and the land ends. I am becalmed in a frozen sea. Doddy has taken full control now and the incessant woofing of we are the Diddy Men, is pushing me further over the edge, I think a pint and the pub quiz is my only escape. 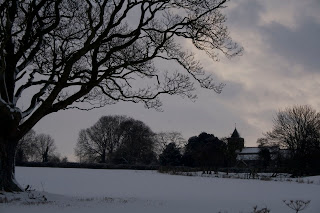 Day 4. The time had come, I ventured out into the teeth of the storm, battling through the cold white desert that had swallowed the green meadow, the angry winds turning the snowflakes into icy bullets, but it was a journey I couldn’t avoid anymore, Holly already had a bib on, was holding a knife & fork and staring at me in a worrying manner. We needed sustenance. 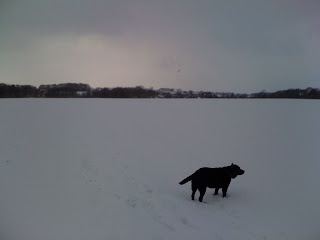 It had been nearly two hours since my last meal and ten minutes for Holly (a long time In Lab years) to avoid starvation there were two options, making us something to eat or facing the 15-minute walk for a pub lunch. The choice was obvious, Leek & potato soup, a warm baguette, followed by syrup sponge and custard, washed down with a pint. Holly polished off some chicken and whatever else she found on the journey. Will this horror never end?


Day 5. Things are looking up, the weather has broken; the sun has come out revealing the fearsome beauty of the snow, daggers of ice decorating the trees and a million diamonds glistening in the fields.  A five-mile walk yesterday to the Co-op meant starvation was averted and now with the return of Dom and Red Sonia it means Holly & I may be able to leave the village and also have someone to eat if the freeze continues. 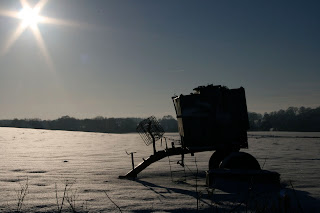 Posted by The Viking at 19:29
Email ThisBlogThis!Share to TwitterShare to FacebookShare to Pinterest