The 13th century church, 16th century dovecote and eleven houses of various ages that make up Belleau, sit at the foot of the Lincolnshire Wolds (the hilly bit) next to a spring fed river and about five miles from the sea. 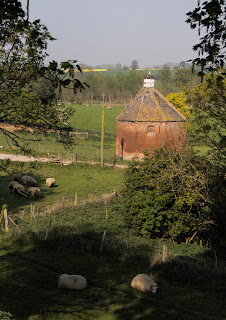 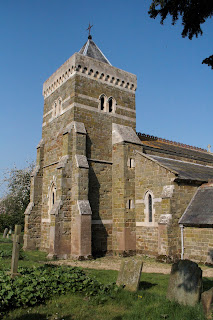 For those of you who don’t know Lincolnshire and it seems like there are a lot of you, it’s a very big county, which in basic terms is flat in the south ‘the fens’ and hilly in the North ‘the wolds’
It’s strange how I’ve ended up back in Lincolnshire, as I spent most of my early adult life trying and succeeding to escape it.
I was born in the village of Aby, which I can see from our front windows as it snuggles cosily up to Belleau, with just a couple of fields and a chalk stream separating them. 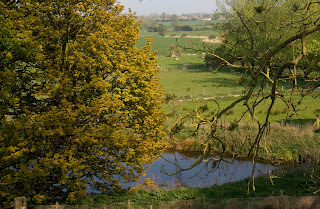 I left Aby when I was ten or eleven and remember the wrench of it to this day. Dad had finally got a job, he was deaf and this was long before any sort of equal opportunity had seemed to filter its way to the countryside.
As I remember the gardens were large and apart from the occasional mowing of the lawn so we could play cricket with a bat dad had almost deftly cut out of an old plank, they were left for nature to take her course.
The front lawn or pitch was bordered down one side by tangled dog roses, while in the back we had a small orchard, where gooseberry and black currant bushes nestled among the apple trees. Our dog Lady had a taste for goosegogs and had worked out how to pucker her lips just so to pluck them off the bushes.
I’m sure there must also have been a rhubarb patch as I distinctly remember wincingly chewing on giant raw sticks of it that I had made myself even more unpopular by dipping in the sugar bowl.
There was also a large old walnut tree that never seemed to have any walnuts on it but made an excellent holder for the simple swing dad had made by throwing some ropes over one of the branches.
So when the dreaded moving day came we loaded our stuff on the back of a lorry and moved the four miles up the road to Alford, a short journey but a million miles to me as a nervously morose kid.
Before this upheaval could take place, mum had decided to decorate the whole house. She didn’t want people to think we lived in a ‘mucky home’ not that she seemed to mind in the time we lived there. As mentioned before she couldn’t be called house proud, though if you’d known my dad you would understand the problems with any type of fastidiousness
My family were originally from Hull and managed to keep their status as the new people for the ten or eleven years they lived in Aby.
They had moved to Lincolnshire some years before and mum hadn’t helped to ease the family into the village community when she had turned down the offer of a bed by a helpful neighbour, as being a city girl, she had not recognised it’s archaic design (probably very trendy now though), saying “we already have a gate thank you”.
Mum grew to love the countryside but never lost her fear of cows, not a great trait when fields of ‘beast’ surround you. One story that was told to me, was that when I was very little, she had been walking down the road with me in my pram when she was confronted with a farmer moving cattle between fields, she swiftly jumped into someone's garden, leaving me to float along road with this sea of livestock in something resembling the scene from Battleship Potemkin, while she screamed for me to be rescued.
I don’t know what would have happened if someone hadn’t leapt in to deliver me back to this crazed woman I’d have probably been brought up Tarzan like by cows, which may have been a factor which started me down the road to vegetarianism. 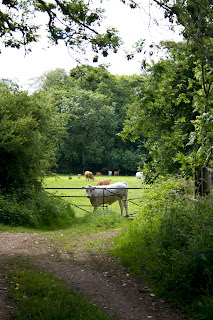 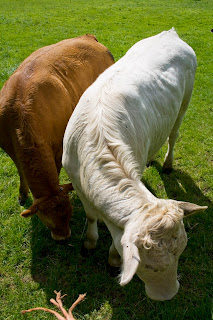 Posted by The Viking at 20:04
Email ThisBlogThis!Share to TwitterShare to FacebookShare to Pinterest